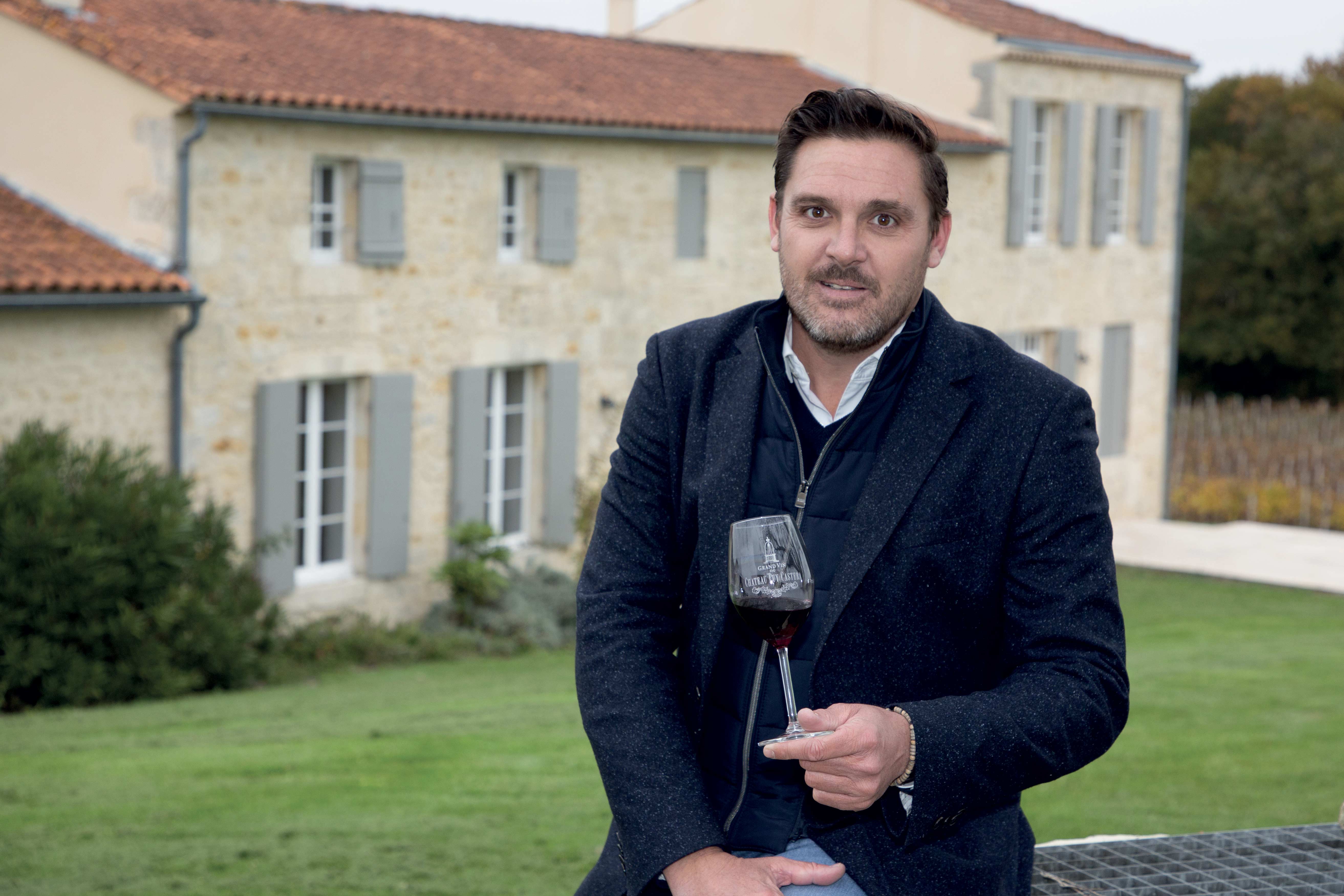 Romain Roux, born to be an entrepreneur!

You can’t help but like Romain Roux. Possibly a little gruff, by his own admission, but this immediately disappears behind his loquaciousness, his joviality and his ability to listen to others. After dreaming of a career in finance, he ultimately chose a job that brings him down to earth every day. And he certainly is not complaining.

Romain Roux did not want to be a winegrower, and he explains why: “It’s hard work, and not necessarily well-paid. But if you can make a living out of it, it’s the best job in the world”. He actually wanted to become a trader. “I sleep very little and I used to take great pleasure in watching stock markets open around the world”. Unfortunately, in 2000, his father had a serious health problem, so after passing his Baccalauréat, Roux attended agricultural college so that he could help him at the end of his course. “I realise now that because of this, I have been able to spend time with my family and my childhood friends every day, whereas if I had found a job in finance in London or somewhere else, I would probably have only seen them once a year”, he admits. 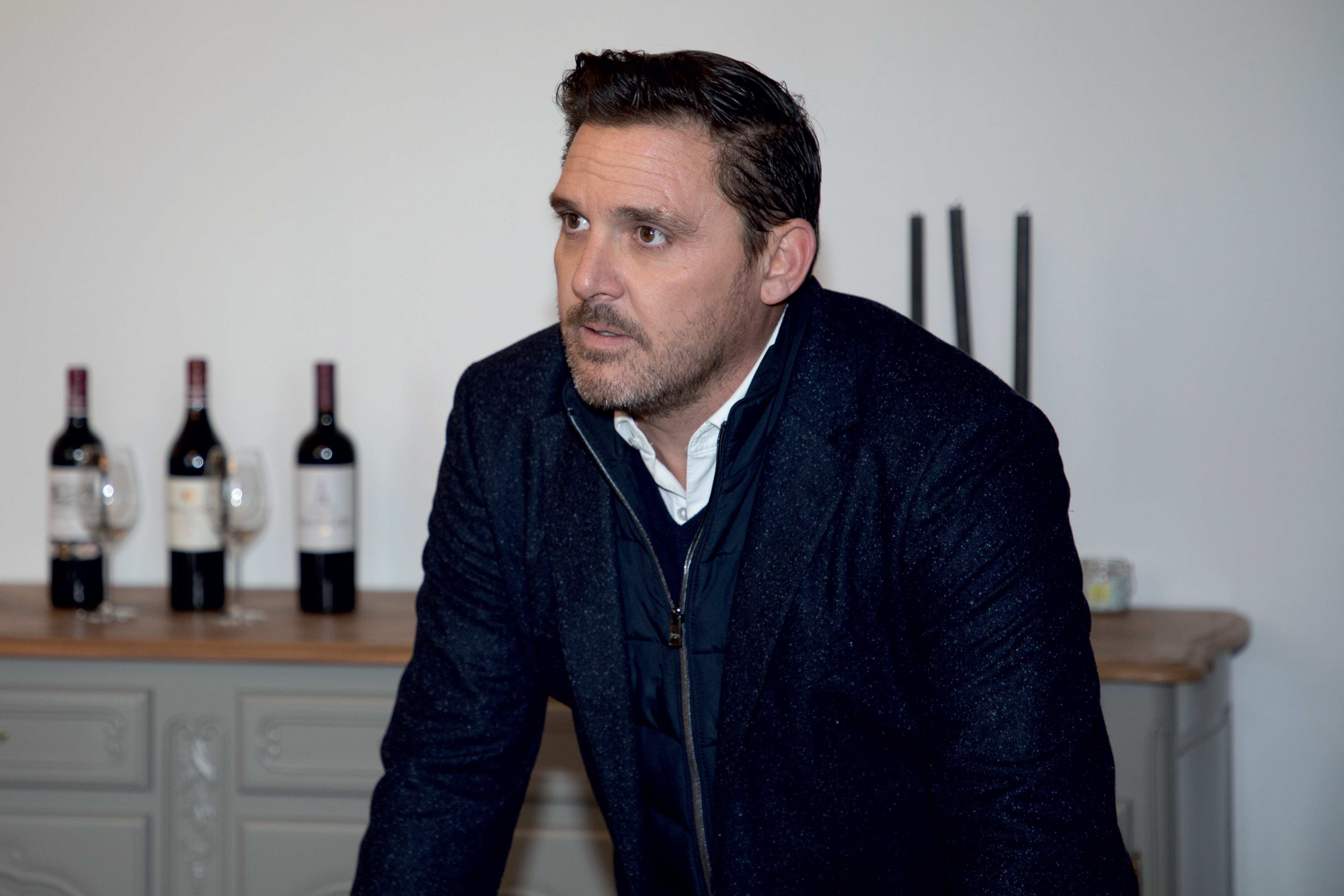 The most important thing is to have a vision, a project and challenges to address.

In 2005, he considered no longer working with his father because of a disagreement. In the end, his father suggested he establish a company that Roux would manage, realising that his son needed independence and only one person could head up the business. Roux comments: “This took me by surprise because he has a strong personality, but in his mind things were clear. He realised that this was the preferable option for the business to be successful. So at age 26, Roux’s journey began. Aiming to succeed at all costs, he spared no effort and worked all hours. He expanded the business by picking up his phone and calling supermarket buyers, which he gradually brought on board. Then he started exporting, which raised issues. The business was growing strongly, but how should it develop? What opportunities should be considered? After an audit designed to shed light on these issues, he decided to diversify by purchasing Château Taffard de Blaignan (Médoc) in 2013. In just five years, the property was totally overhauled and went from 21 to 68 bearing hectares. It was sold in 2018 to buy three other chateaux, representing four brands: Plagnac, Pontey, Holden and Puy-Castéra. The latter of these was not really on the agenda, but its location near the prominent Médoc properties blew Roux away. The challenge henceforth was to produce the finest wines, whilst honouring the inherent features of each vineyard site. Plagnac is a Médoc offering everyday luxury, as Roux so eloquently defines it, retailing for between 5 and 7 euros. The wines are relatively early-drinking and therefore quickly accessible, which is a strategic asset. Pontey is denser, more earthy and complemented by beautiful tannin finesse imparted by a share of new oak and 90% Merlot, which is very rare in the Médoc. Roux has learned a lot from Pascal, who is tasked with winemaking and will soon retire. But the future lies with 27-year-old Etienne, a winemaker and agricultural engineer, whom he has recruited to manage the three properties. As Roux says: “He has the technical background and an innovative vision that I don't necessarily have”.

Holden is part of the Puy Castéra vineyards (11 hectares). It is more animal and wilder, but also very fruit-driven. Puy Castéra itself epitomises fullness, finesse and elegance, along with lovely concentration guaranteeing ageability. Eighty thousand bottles are produced and there is even a second wine: L'Octave de Puy-Castéra. The name is both a nod to music and to his wife's grandfather. Laboratory and consultancy services for the wine are provided by Eric Boissenot who has long partnered with the greatest Médoc chateaux. Roux has not rested on his laurels and has ventured into other prestigious appellations, with the same core aim of moving upmarket and diversifying. He now owns 2.8 hectares in Saint-Estèphe, 0.8 hectares in Pauillac and 0.3 hectares in Margaux. 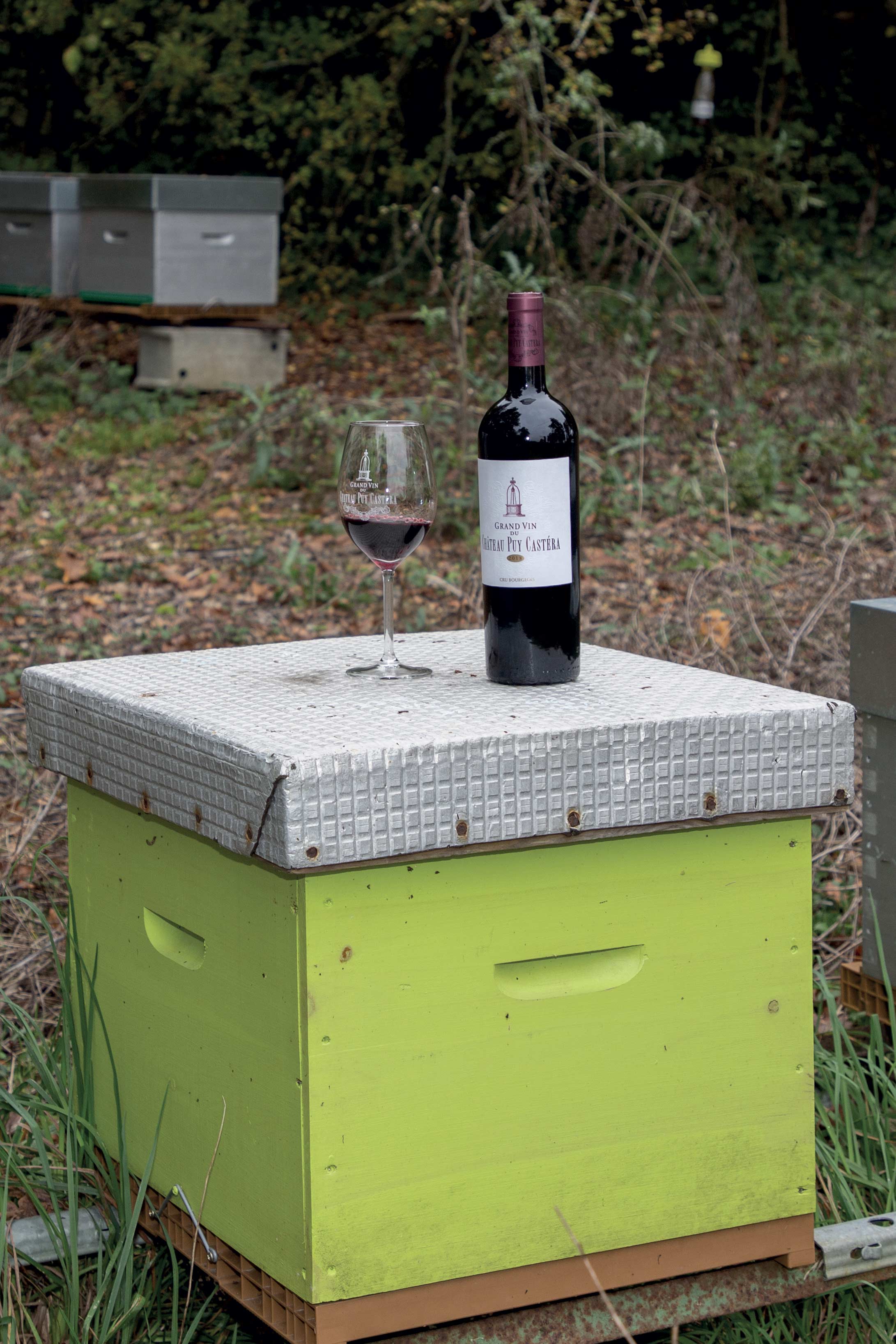 The environment is a core issue at Puy-Castéra, where bee hives stand close to the chateau.

When asked what his next dream is, his answer is above all that of a husband and father, which is to spend time regularly with his wife and children. But from a professional perspective, the hyperactive Romain Roux immediately waxes lyrical about his forthcoming projects. He plans to establish a new brand, Provenance, labelled IGP Terres du Midi, across the colour spectrum and including boxed wines, with 10 million bottles. And as he concludes pragmatically:

“My main dream is to make people happy, which makes me happy too. But I'm not just a philanthropist either”. 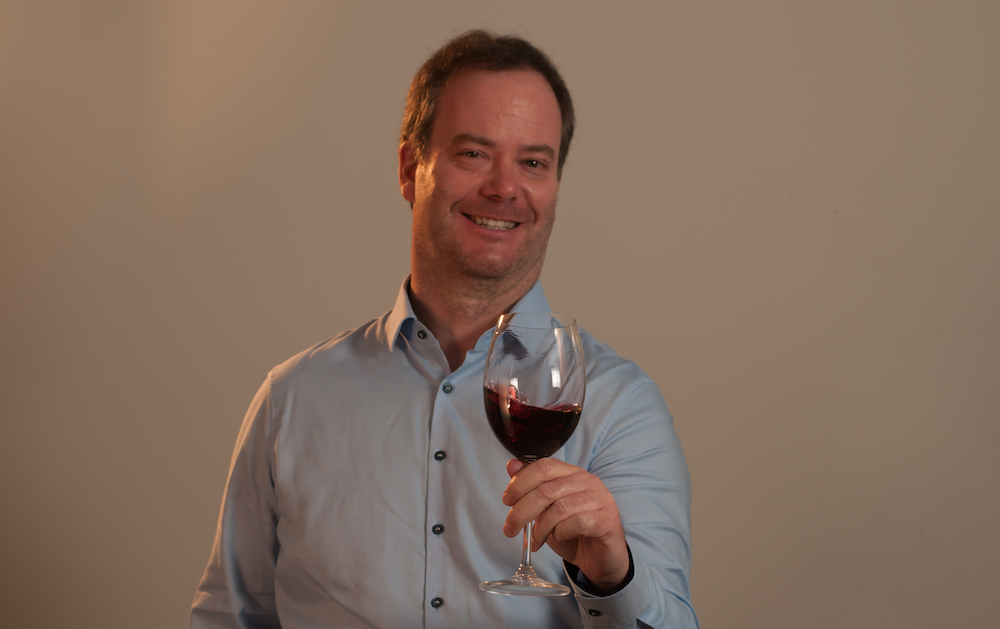 Very Fine Vinos Looking at distribution in a different light
Founded by Christopher Vanpoulle in 2010 to promote Iberian wines worldwide, in just a few years Very Fine Vinos has successfully carved out a prime position for itself in the Spanish wine arena. It has even become the official wine distributor of MasterChef, an institution in the country. Despite its success, the company has always favoured quality over quantity and demonstrates a new way of viewing distribution, one that is based on trust, interaction with people and good wine. After the untimely passing of its founder, the company is determined more than ever to continue on its journey. 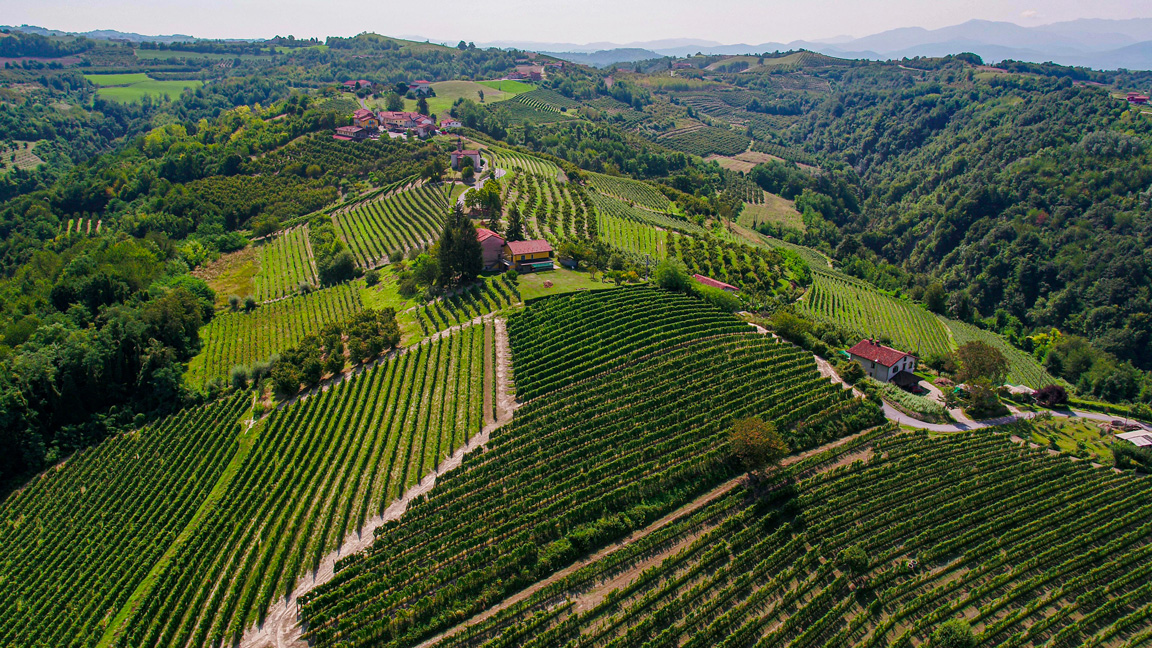 Italian wine in the present and future as seen by eight women
The world of Italian wine is increasingly 'female'. In fact, one in four farms is now run by a woman, as are 30% of wineries. Enrolments at viticulture and oenology faculties are also increasing, as is the number of female winemakers across the country. We have selected eight of them to illustrate the fundamental roles played by women in the Italian wine industry. 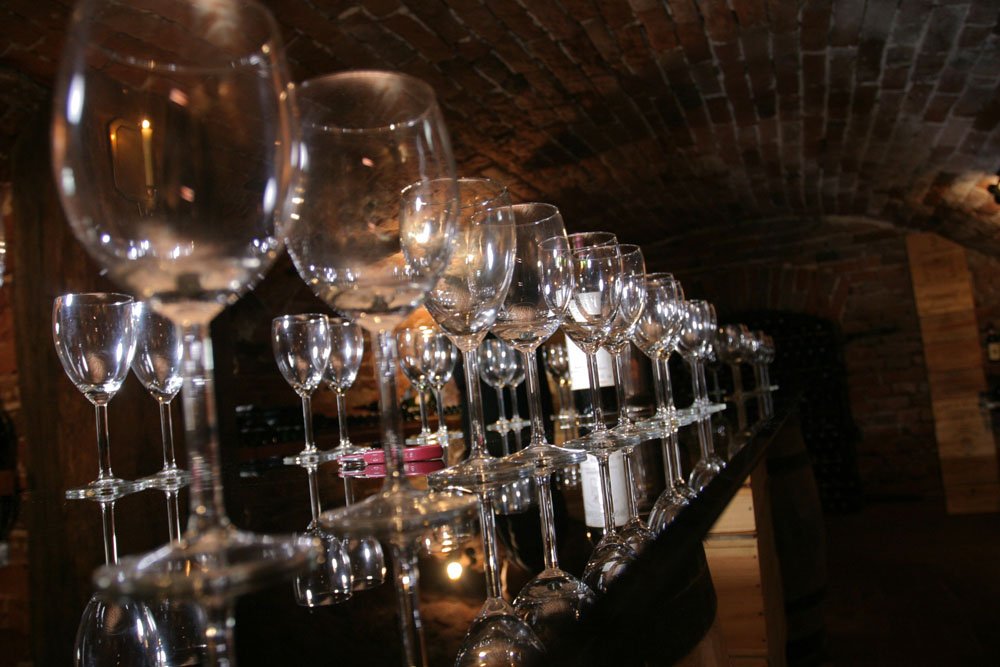