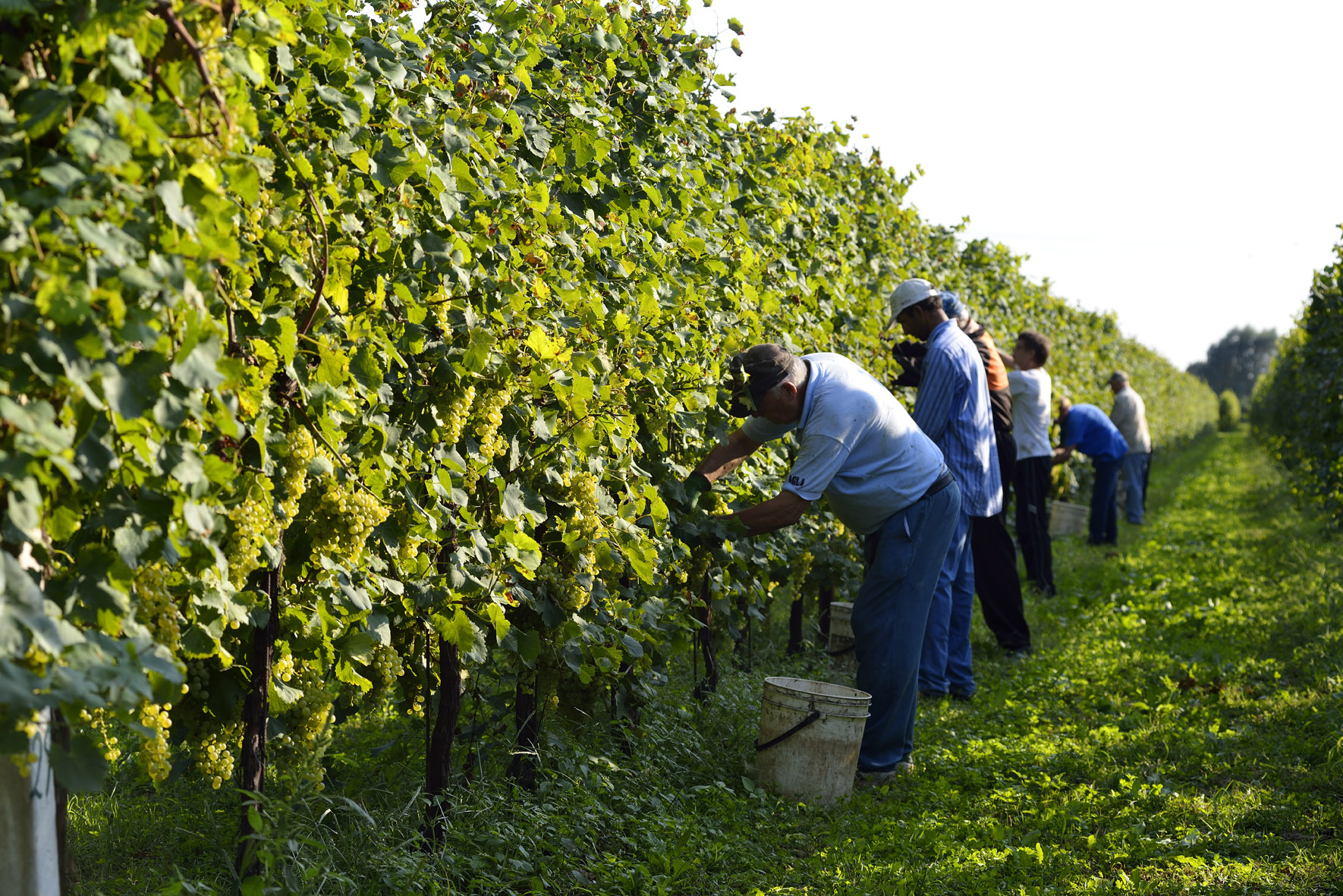 By Charlie Elaina - Photographs: courtesy of the estates, posted on 03 February 2022

In its definition of wine, the International Organisation of Vine and Wine specifies that it must have a minimum ABV of 8.5%, with regional exceptions of 7%. Many countries have used this as a model for their own regulations, compelling them to find another term for these uber-trendy drinks. We interviewed producers in France, Italy and South Africa to find out more.

Everyone knows that classic wine production involves transforming the sugar in the grape juice into alcohol and aromas during fermentation. To reduce alcohol levels, some producers therefore select grape varieties that do not contain too much sugar. Similarly, a high-bearing vine or even an irrigated vineyard keeps concentrations down. Another alternative is to harvest the grapes before they get too sweet, or to choose yeast strains that produce lower alcohol.

Subsequently, once fermentation is over, three different strategies can be used:

After a career in wine marketing and communication, Mathilde Boulachin created the Pierre Chavin company in Béziers in 2010. The tack taken here is to combine a sensitive approach to consumer demand with innovation, and not to be afraid of shaking up conventions. It wasn’t long before this strategy led to the advent of a ‘no-low’ range, which currently represents nearly 40% of the 1,500,000 bottles sold annually.

“The wines attract a varied customer base”, explains Boulachin. Women – and not just during pregnancy and early motherhood – are clear targets. Labels such as 'Zéra' and 'Silhouet' convey the image of a healthy, low-calorie drink. Young urban drinkers are another category. Often cosmopolitan professionals, they refuse to drink alcohol during the week, but do not want to give up their evening aperitif. Similarly, there are population sub-sets such as sportsmen and women, for whom alcohol could affect performance. The Nordic countries, where driving totally precludes alcohol consumption, are another obvious example. By selling her range online, alongside traditional distribution channels, Boulachin is honing her understanding of her customers and adapting her choice of products. She is also attentive to the keywords used in search engines. Another category not to be overlooked is senior citizens taking medication which cannot be mixed with alcohol, or corporate occasions where legal responsibility issues discourage consumption. The opportunities for alcohol-free or low-alcohol products are multifarious and growing.

From a flavour perspective, Boulachin is not looking for a comparable taste experience with wine. Obviously, when you deliberately remove a cornerstone of the acid-alcohol-sugar balance, it is a game-changer. Ed: Wine’s high acidity – with a pH of 3 to 4 – would most certainly become unpleasant, and is usually counterbalanced by slightly higher sugar content, while lowering the total number of calories. “But if you make a quality product, the experience remains pleasurable”, she says. “We want to be loved for what we are, and to build customer loyalty”.

The company has clearly positioned itself, however, as wine-centric. Although the grape varieties used are not blended – those selected have to be highly aromatic – they are clearly stated on the labels. Similarly, the appearance of the bottles is akin to those for wine and you have to carefully read the label to differentiate between the two.  Lastly, the name itself, ‘Chavin’ carries a promise that is not just subliminal. “Wine consumption has a strong social element and so we must allow consumers to connect with others or like others, without setting them apart”, explains Boulachin. The fact that her best-seller is a sparkling wine is no coincidence!

Non-alcoholic products that do not come under the wine category do not enjoy the same exemption from nutritional statements as wine, which therefore have to be included. Similarly, they have a five-year shelf life, and the concept of bottle ageing and ideal drinking window is irrelevant – these products do not mature. But what bothers Boulachin most is the unfair competition. In some of her markets – 80% of them overseas – particularly for online sales and marketing, rival firms can call the products ‘de-alcoholised wine’, whereas she is not entitled to use the word ‘wine’.

Chavin focuses on social as well as environmental responsibility

The company is mindful to take on board the concerns expressed by its customers and has therefore developed a range of organic wines with evocative names such as 'Greenia'. The labels emphasise their health credentials by containing ‘no added sulphites’. The Opia brand, developed for Monoprix in France, stresses that the organic wine contains ‘no pesticide residues’. Also, the wines contain no animal products and are entitled to use the Vegan logo. The company similarly publicises issues such as ecology and a sustainable economy. Japan, the USA, Canada and Northern Europe pay particular attention to these issues. Bottles bound for Sweden and China are exported by train, which has a better carbon footprint than air travel.

Located in the heart of the DOC Prosecco area, Loris Casonato farms some 20 hectares and also has contracts with a few surrounding vineyards. The winemaker produces the famous Venetian sparkling wine, but about ten years ago he also started to produce a non-alcoholic sparkling drink sourced from his own vineyards, which go into 2 different labels: BELLA and ZEROZERO!

Volumes have gradually grown and the range, which includes four labels, now totals 300,000 bottles per year.  For the white sparkling drink, the Glera grape variety is used with Raboso added for the rosé version. The grapes are deliberately harvested early, to avoid sugar accumulation. But in this case, to be absolutely alcohol-free, Casonato does not ferment. Unlike the other alcohol-free products which are dealcoholized, for the sparkling drink the must is kept cool to prevent it from fermenting, and the juice is macerated with herbs. The recipe remains a secret, but Casonato insists that it “required a lot of effort but also passion”.

Then the drink is carbonated at around 4.8 bar, the same pressure found in a Prosecco. In terms of sugar content, he markets two ranges: around 100 g/l, and around 60 g/l for those who pay attention to sugar levels. At 60 g/l it is half as sweet as a typical soda. For Casonato, this is a new type of drink that honours the heritage of wine and grapes, yet is very different to wine. It is a niche market that is now established. It is limited but here to stay. “It's still better than a Cola!” smiles the mischievous winemaker.

Pieter-Niel Rossouw is tasked with viticulture and winemaking at Darling Cellars which produces 5 million litres per year, bottled at the estate. It is renowned for its Syrah and Sauvignon Blanc.

A previous experience at another property familiarised him with the technique of de-alcoholising wines using the spinning cone column. He experimented with the idea and has been using it for 2-3 years. There is a choice of a red, a white and a rosé. Rossouw insists on the fact that the quality of the grapes is the same as for the wines: the vines are generally bush-trained and dry farmed. After fermentation, the wines are almost completely de-alcoholised using an external service provider. They contain 20 to 30 grams of sugar per litre, to compensate for the body normally imparted by the alcohol, which acts as a kind of ‘glue. Production has reached 100,000 litres per year and counting. Currently, the market is essentially local, with new laws prohibiting the consumption of alcohol before driving boosting growth. Here, regulations authorise the moniker ‘de-alcoholised wine’. But export markets are also taking shape, and Darling Cellars works with countries such as Canada, the United Kingdom and Scandinavia.

A rival for soft drinks?

This raft of new products, which mostly target non-wine-producing countries, are making steady progress. Will there be a transfer of market shares and a more rapid decline in wine consumption observed in many markets? Or will these innovative beverages enter a head-to-head battle with ultra-sweet industrial soft drinks? We certainly wouldn’t be upset if they did! Watch this space… 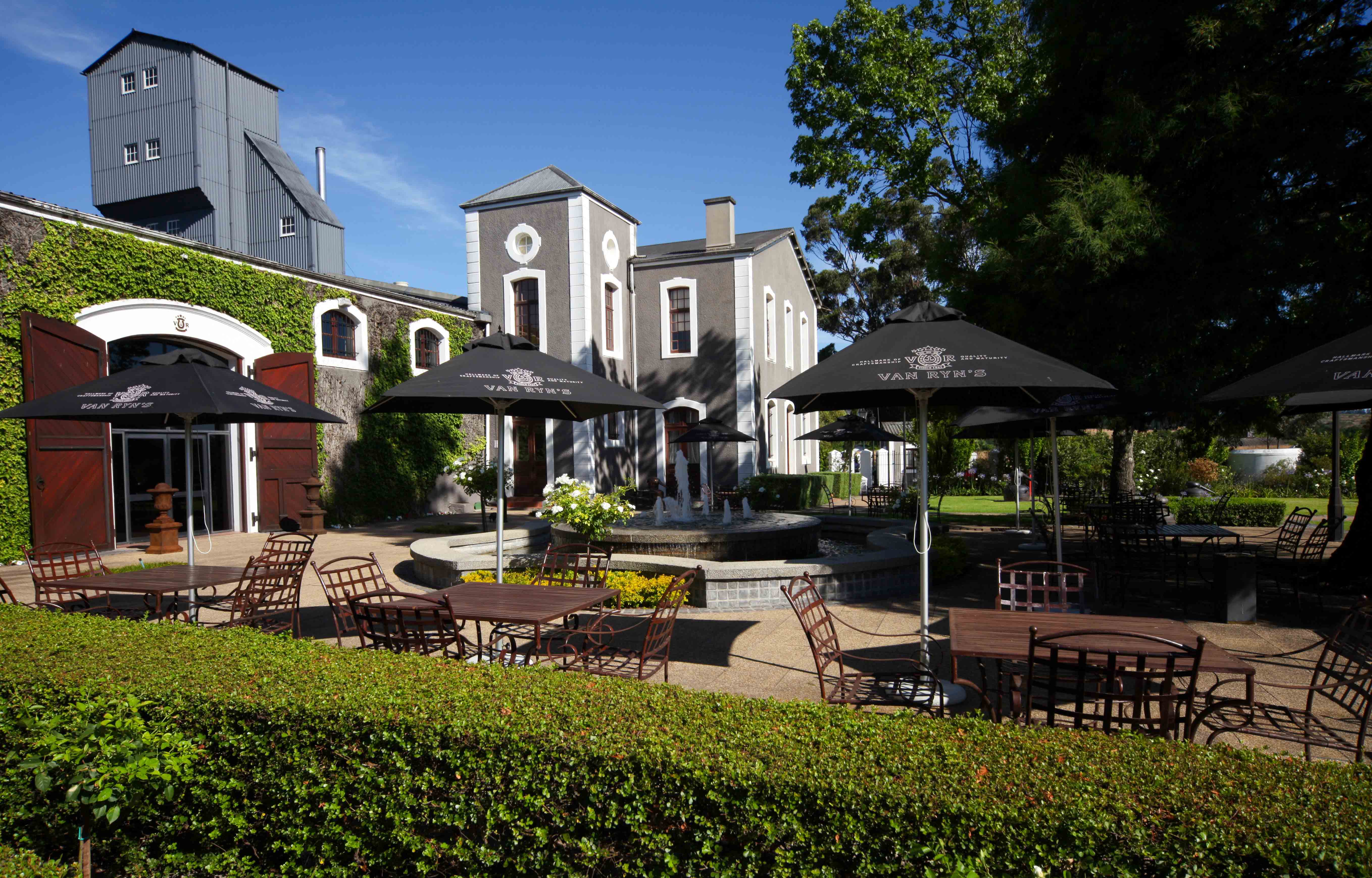 The Spirit of Cape Wine
Boasting a 350-year history of brandy production and a wealth of award-winning brands, South Africa’s premium distillers are confident that Cape Brandy can finally emerge from the shadow of Cognac. 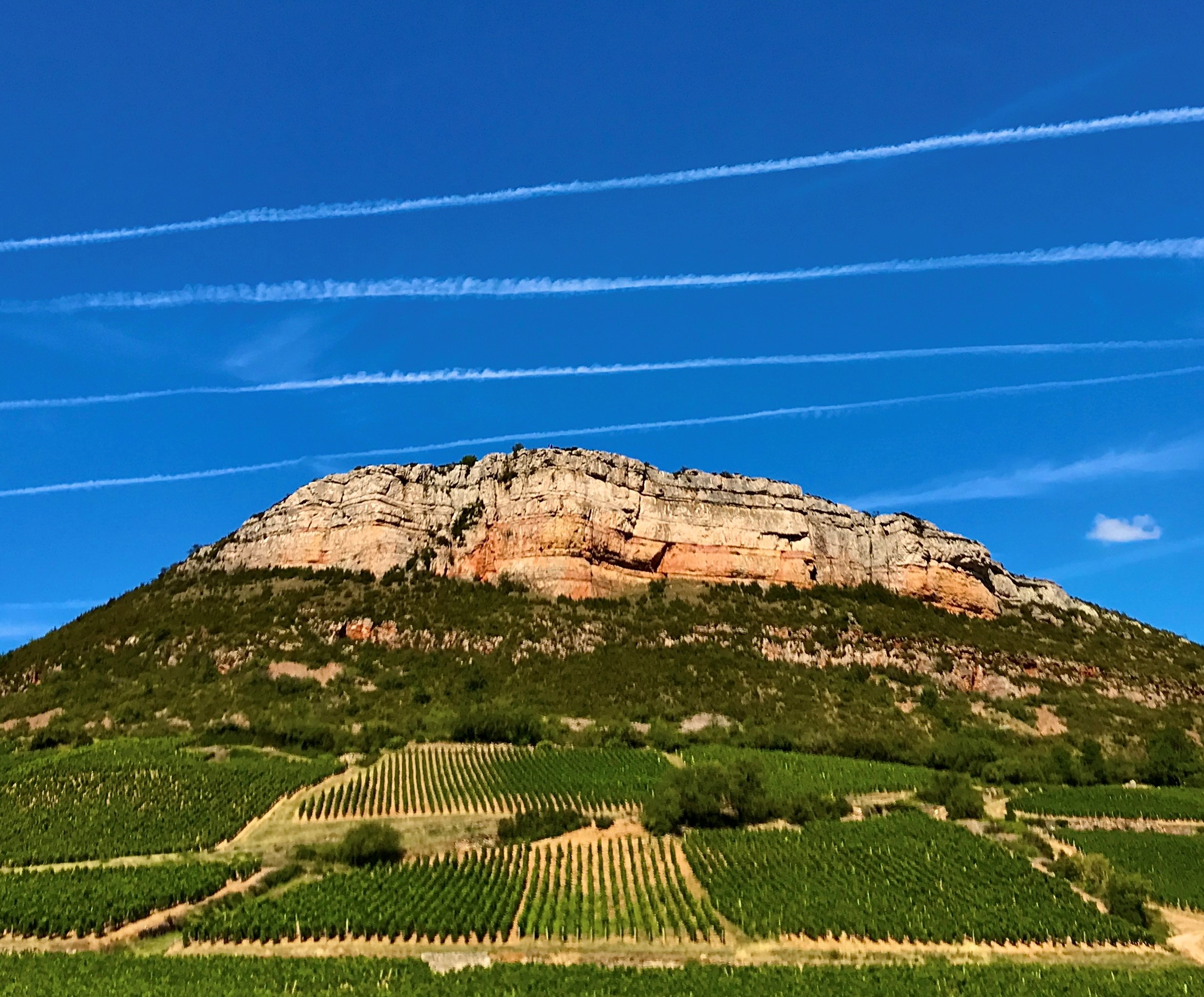 Understanding the complexity of the Mâconnais
In the far South of Burgundy, between the Chalonnais and Beaujolais, is an area home to 43 appellations, including 5 Crus and 1er Crus. Renowned for offering the best value for money among Burgundy whites, there is an endless range of styles, extending to reds and Crémants. Alain Echalier explains more. 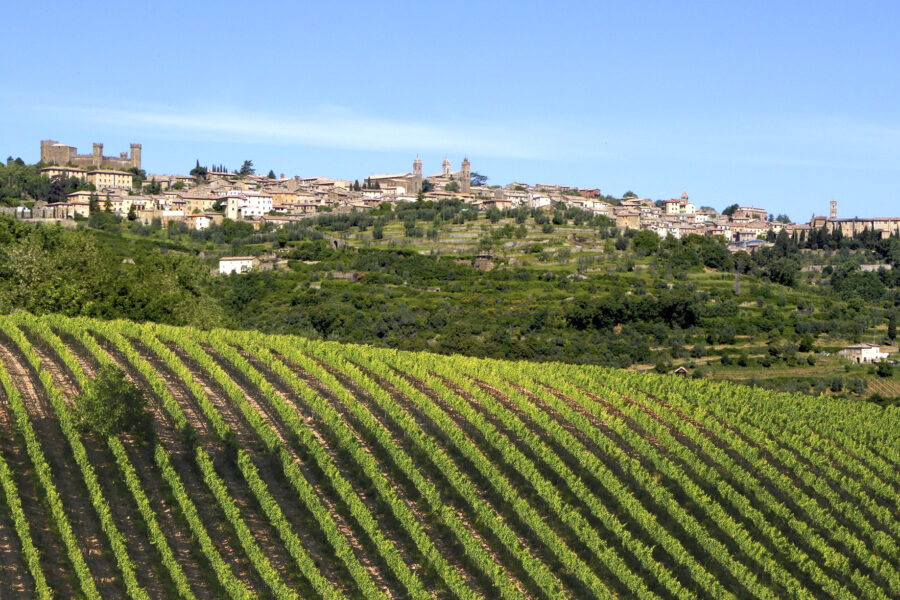 Montalcino, the ‘promised land’ for Sangiovese in Tuscany.
Brunello di Montalcino is, without doubt, one of the most significant designations both in Italy and worldwide, but few people know its history.